Affirmations – Do They Work For You? 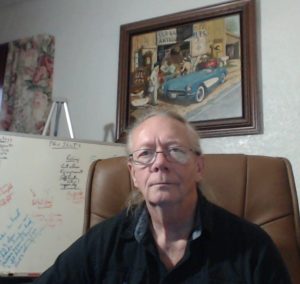 Recently I’ve found myself thinking about the concept of affirmations.

I first heard about affirmations in the mid-1970s but later study made me aware that the concept was pretty much talked about in times well before then. (Consider works such as Think & Grow Rich, The Strangest Secret, and other such self improvement productions.)

To me, an affirmation is the way you convince yourself that you want what you think you want – or what you believe you want.

There is merit to this concept.

If you truly think that you are unable to do a certain task or accomplish a certain level of success then most certainly you won’t waste your time attempting to perform that task or starting to work on what you need to do to gain that success.

Your subconscious mind won’t let you try. That’s just the way it works.

Ever tried affirmations? How did that work for you?

An affirmation is a statement of where you want to be, and what you want to have at a certain point of time in the future. But the statement is spoken or written just as if you actually are at that point or have that thing (or things) right now. Affirmations are tools for adjusting how you believe about yourself. The theory is that if you write them on a piece of paper and repeat them every day (by either writing them out each day or speaking them each day) they eventually come true.

Some people claim that affirmations are pure garbage and never work. Other people swear that their every success is a direct result of them.

It will simply tell you from deep down that you’re not ready to try it.

And then that subconscious mind goes to work on causing you to perform the activities that you must do in order to get the task done or to climb to the level that you seek.

Does this affirmations sort of mindset work?

Do the daily statements really bring the subconscious mind around to where you want it?


I’ve found that they honestly do. But I only reached that realization after many years of starting multiple sets of affirmations and giving up on them after a few months because I didn’t see myself making monumental strides toward where I told myself I wanted to go.

Multiple times. Yep, I wrote a lot of statement sets over the years. I think those finally failed because I quite honestly didn’t see any quick proof that they were working and I gave up on them.

What I’ve seen is that most of the time when affirmations ultimately fail for a person it’s the result of that individual just giving up before those statements actually take root in the subconscious.

I found myself mulling this over.

One day I started thinking about what I honestly wanted to happen for me. Over a period of a few weeks those thoughts kept jumping up at me each day until I finally took time to write them out into affirmation statements and I started repeating them each day. This time I decided to not give up on them like I always did in the past.

I kept at them for a couple years and I finally started noticing that I was working a little differently. It didn’t seem like much at first and the different activities felt difficult in the beginning because they seemed foreign to me. But as each month passed those activities came easier and I felt them moving me toward what my affirmations stated.

Today I still repeat those statements because I see them working for me. Even though I’ve accomplished some of them.

I guess (at least for me) affirmations really do work. You just have to be hard headed about not abandoning them. You must keep them up and count on them working no matter what your thoughts tell you.

That is if you want them to become reality.

When you decide what you truly want turn that want (or wants) into affirmation statements and start repeating those on a daily basis.

Don’t give up on them no matter what even after you notice that your subconscious is finally on your side. It will back you up if you take the time to convince it to do so.

Just remember that as for me you’ll likely need to keep repeating your statements every day for months, and maybe even years, to come before you start to see any proof that your affirmations really do work.

Put your affirmations to work in your life. Discover how to work from home and find the success you desire.